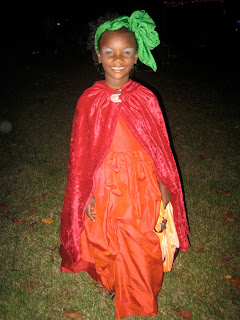 Today, our little princess had paper put in her ears. At least, that’s what I keep telling her. Hopefully, it was a bit more sophisticated that shoving paper down her ear canal. Whatever the ENT did exactly, I’m not sure. Something about sloughing off scar tissue around the holes in her eardrums then covering the holes with a paper patch. I was told the odds it will take are about 50/50. I’m going to keep a positive outlook (not always so easily accomplished) and assume God can work the odds in our favor a bit.
She did great, which was an exhale for me, as I’m scarred from past ENT visits with her. Limited English, a general fear of life—let alone doctors, prodding into the very places on her body which obviously were in great pain, over and over again, mix quite nicely to produce tantrums and general uncooperativeness from my little darling.
What caught me off guard was her obsession over not being able to eat breakfast. She hid her fears well at first, not mentioning her disdain over missing a meal. Eventually, however, her thoughts betrayed her—thanks to happy juice. As her mind loosened, so did her tongue.
“Daddy,” she asked Superman right before surgery, “how many days does it take before you starve to death?”
He shot me a look with one eyebrow raised and a weird smile on his face. Hmmm, I thought. Where did that come from?
After surgery when Little Sister was waking up, in between spells of crying and swooning, she asked,
“Will it take three weeks of no food before I starve to death?”
Again, Superman and I exchanged the weird eyebrow smile—only this time neither of us was smiling so much.
Fast-forward two hours at home, after she’s had an ice-cream treat and trail mix, she brings it up yet again. When I asked her if she felt like a little lunch, her first reply was, “No,” (which makes sense after just finishing trail mix). Three minutes later, she half-stumbles into the kitchen and says:

“Mommy, I do want to eat lunch. Because I don’t want to starve to deaf.”
Have you ever worried you would starve to death? Did you ever fear your children would starve to death?
Can you even fathom?
My heart sank into my stomach. After nearly two years of never missing a meal or a snack, healthier than she’s ever been in her whole six years of life, my daughter’s fear of hunger grips tightly—a constant choking hand, reminding her to be ever vigilant. Eat all you can, when you can. Your next meal is not guaranteed.
I am powerless to loosen hunger’s hold. I can teach her portion control, be a constant reassurance and provider of the next meal, but I can’t shake off the fear. It is her fear. Hers to loosen and overcome.
But then again, who am I to replace God’s redemptive work in my daughter’s life? The very cruel and hurtful thing which holds her in fear, may be where God meets her, frees her and heals her at just the right time.
Oh God, grant me the faith to continually believe in Your power over all fears.
Grace & Peace,
Shari
Posted by Team Dragovich at 3:46 PM

Poor little girl. Breaks my heart that so many kids have known hunger.

Awww, that dear sweet baby girl. My heart breaks for you both!

You handle it with so much more grace than I--six years later we still have food issues and I confess that it frustrates me more often than it should. My outward expressions are tender, but inwardly I can't help but sigh and think, "Really, after SIX years we are still dealing with this?"

Wow, I can't even imagine. You handled it beautifully.

When I think about the lies that the enemy plants in our minds and how we accept them as truth, even though everything around us contradicts it, it just makes me mad. It is truly a lifelong battle in the mind isn't it? When I learned about familial spirits and how they try to attack our children, I recognized some of those lies that I started believing way back when. Praise Jesus for defeating our enemy so we can break free! Now, I pray over my children and intercede on their behalf asking Jesus to silence the enemy and not allow him to talk to my children. With my oldest one, once we have talked out the lie(fear usually) and agreed that whatever it is that she was believing was a lie, we pray together for God to reveal His truth to her and to sink it deep in her heart and her mind.
Praise God for bringing you into her life to share with her the Father's love and truth. You are an awesome mother!

Thanks for all your comments.

Apryl-- I don't always handle it well. Only when I let go of needing to control.

Dawn-- I love how purposeful you are being with your daughter. Just calling it what it is-- a lie. Speaking it out, teaching her to overcome at an early age. At least showing her how purposeful one must be... thank you for sharing!